Home /No.1 Cause of Data Loss for Hard Drives

No.1 Cause of Data Loss for Hard Drives 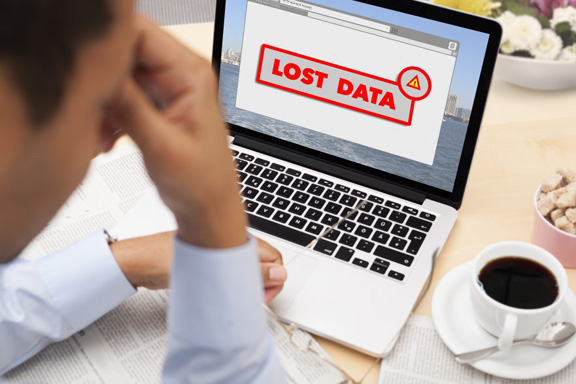 NO.1  CAUSE OF DATA LOSS FOR HARD DRIVES

Do you have a hard drive filled with important documents that suddenly became inaccessible when you plug it in to your computer?

You’ve tried plugging it in to different computers but the hard drive still won’t show up. You didn’t know what went wrong but all of a sudden it everything is gone! The sad thing is that you did not have any other back up. This was your back up.  If something like this has happened to you, then read along so you will know how to prevent it from happening again!

So one begs to ask? Do hard drives fail?

The easy answer is this: All hard drives fail. It’s not a matter of will they fail, it’s a matter of when. The question of when it fails can depend on several things which can sometimes be avoided with proper guidance. There are many common causes of failure, whether instantaneous or gradual degradation of hard disk drives. Knowing and avoiding these scenarios can drastically improve both the performance and the life of your hard drives!

But based on our own experience in dealing with thousands of our customers throughout these years, the number one cause of data loss is: Human Errors !! 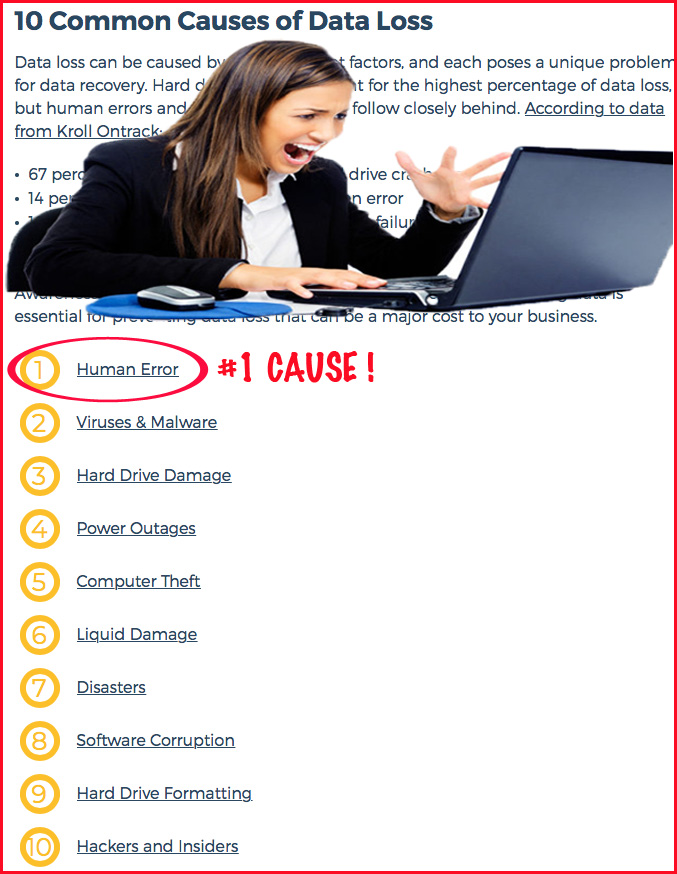 You can also check this ARTICLE which lists the 10 common causes of data loss.

Ok maybe it’s not a real thing yet, but make a note that you first read it from this blog. My point is that it is not uncommon for people to make mistakes, sometimes unknowingly, but it sure does happen, intoxicated or otherwise. Why? Because shit just happens sometimes. 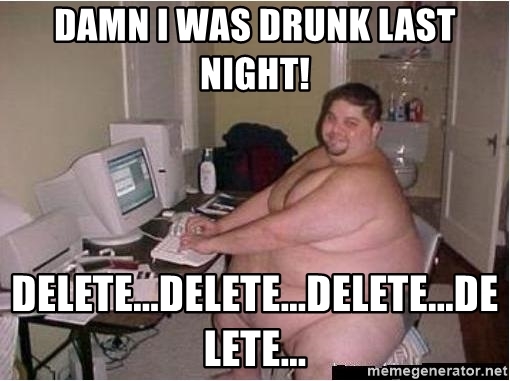 These types of human errors outnumber the probability that a hard drive will physically fail when run at optimal conditions. Hard drives are tested for thousands of hours under normal to extreme conditions and if a certain model exceeds the threshold of failure set by the manufacturer, then they either fix the issues or discontinue the drive being tested.

Humans are prone to errors and we sometimes delete stuff knowingly or unknowingly and it is sometimes too late to figure out that we actually needed those files. It is quite unfortunate, but sadly it happens even to the best of us.

“To err is human,” as the saying often goes.

Like your vintage vinyl record player, a hard disk drive works with circular disks called platters, and instead of the needle on a phonograph, it has magnetic heads that read the data from the platters. The hard drive platters also spin several thousand times faster that your Dad’s record player. With increased accuracy and speed, modern technology has allowed us to store data at a much larger amount and access that data at a much quicker speed, and more importantly, at a much smaller form factor. 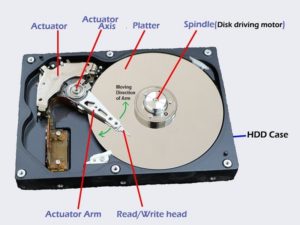 PARTS OF A HARD DISK DRIVE

The most common external or portable hard drives are called 2.5 inch and 3.5 inch hard drives and in 2018, can hold as much as 10TB of data for a single drive. 5-10 years from now, these specifications will be deemed obsolete. But for the last 10 years or so, the 2.5” and 3.5” form factors have been the most common drives for many users.

One of the most common causes of drive failures is when people accidentally drop or mildly bump the hard drive while the drive is connected to a computer, and while the disks are spinning at full speed. The tolerances in the construction of the modern hard drive are so slim that a slight bump or physical jarring of the hard drive, while the drive is spinning, and while the magnetic heads are engaged, will cause the heads to potentially get misaligned and cause it to scratch the platters and thus damaging the stored data.

It can also cause the heads to get stuck either in the rest position or in an engaged position. Either cases will cause the drive to completely stop working or will have symptoms commonly called the “Click of Death” or “clicking or grinding” sounds. This can sometimes be instantaneous or can accumulate damage through time. Either way it is not good for the overall health of the hard drive.

There is no cure or prevention for this scenario except for proper handling and extreme care when dealing with hard drives. It should be noted though that when a hard drive is not running, the magnetic heads are in a “parked” setup, and it is rested and not engaged to the platters. So when a hard drive is not connected, the chances of damaging it, when it gets dropped or suffered a minor impact, is less than when it is running. It may still break, but the chances are less, or shall we say that the chances increase dramatically when the drive is running.

Your data, your memories, your life is stored in these hard drives so treat them well and it should last for quite some time until they invent the next storage solution that will chronicle our lives.

You’ve plugged in your external hard drive through the USB port of your laptop and copied some files into it.   After the transfer of files are done, you immediately unplugged the USB cable from your laptop without “safely” ejecting the hard drive from the taskbar ( for windows PCs ) or from the Finder ( for macs ).   BAM! You suddenly see a warning sign that says something like “Disk not ejected properly!” 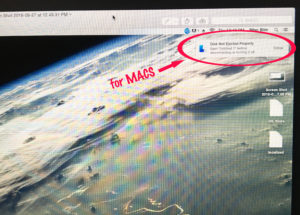 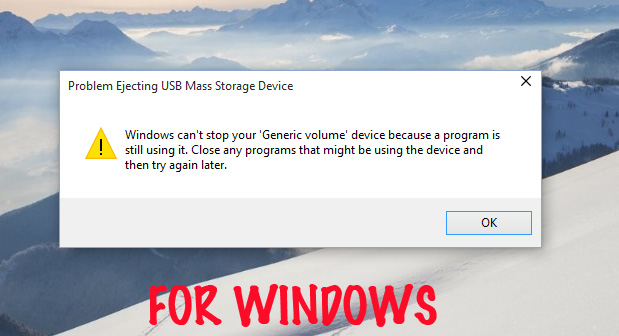 This is one of the most common causes of hard drive failure. One must always “safely” eject any storage drive from its host machine, whether it’s a hard disk drive, USB flash drive, memory card on cameras or mobile phones,. Especially when it is in the middle of transferring data to or from the host device. And by “safely”, we don’t mean “physically” safe but “logically” safe. Which means that the storage drive must first be ejected by a software eject process. On either a Mac or PC shows a pop up notification that the storage drive has been “Safely Ejected” , only then can the storage drive be physically ejected or otherwise unplugged from the host machine.

On Windows PC’s, when a hard drive is plugged in, an icon will show up in the bottom right corner of the task bar. By clicking this icon, a pop up window will show all the external hard drives that are connected to the windows machine and by clicking the connected hard drive, you will prompted if you want to safely eject the hard drive.

How to properly eject a hard drive on Windows OS

Once you click that option, wait a few seconds, and another pop up window will show up telling you that the hard drive can now be ejected. Only after this pop up notification shows up should you physically unplug the device. Doing so without that notification, will potentially cause your hard drive to fail. 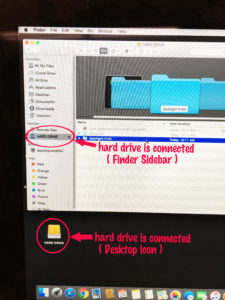 By using the secondary click option on the drive (there are different ways to do this) for Macs, a pop up window will show up and there will be an option to eject the hard drive. Another way to eject the hard drive is to click the bar and arrow icon beside the hard drive with your mouse or track pad. And lastly, by selecting the hard drive, you can also physically press the eject key on your physical keyboard ( if you have one ). Once you have done either of the three, the hard drive will disappear from the sidebar or from your desktop.  Check out this ARTICLE for other ways to eject an external hard drive on a Mac. 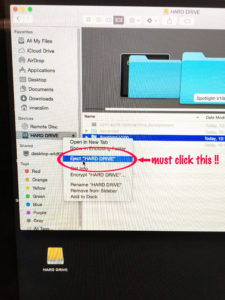 How to eject a hard drive on Mac OS

Having said all these, one might wonder, why it is that you have been just yanking out those USB cables all these years and you never had an instance when your hard drive failed on you. This article must be some kind of click bait article. While it is true that pulling out your hard drive without “Safely” ejecting it from the computer may or may not instantaneously damage your hard drive, causing people to develop some kind of false positives, doing so will limit the chances of it happening to you.

The option to safely eject a hard drive from Macs, Windows, or even Linux machines is there for a reason. And that reason is to prevent file system corruption in a scenario where data transfer is occurring knowingly or unknowingly and an accidental interruption occurs during the transfer process. So as the saying goes, “Better safe, than sorry”. So take that extra step all time… Safely eject that drive. It will save you a whole lot of headaches for just a few extra clicks of the mouse !

Data loss from hard drive failure is an unfortunate event that can happen to anyone. Human errors are a leading cause of this occurrence. The good news is that it can be prevented. Being proactive with handling your data can mean having a physical hard drive back up, and sometimes, for extra precaution, having an extra back up. One can also avail of CLOUD storage solutions. There are a myriad of choices from major companies with varying degrees of redundancy and varying costs of monthly fees. 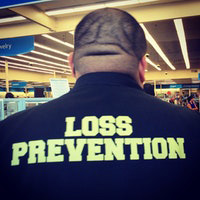 I can’t say this enough.

Having redundant back ups is the only real solution to preventing data loss from storage devices. But, even if all the precautions were taken, and your hard drive still failed, all is not completely lost.

There are companies that specialize in providing services that will recover the data from failed storage devices. The services come in varying degrees and levels of expertise.   Choosing the right one is critical since the task is to recover important data from the only piece of hardware where that data exists.

There is also a misconception that data recovery services are expensive. It may be true for the most complicated cases, but for many cases as well, it should not cost an arm and a leg. That is why choosing the right company to handle job, which balances the skill level and affordability is the most important decision one must make, when attempting to recover data from a failed storage device.

Striking a balance between high success rates and affordability is a company vision that we continue to strive for here at BYOD Computer Services. We go the extra mile ensure that our customers get the most affordable rates while providing the best possible data recovery services available. So as Murphy’s Law states, “Anything that can go wrong, will go wrong.” For everything else, there’s BYOD! 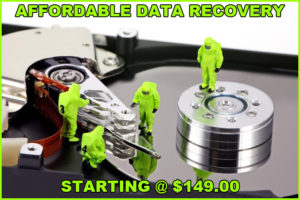